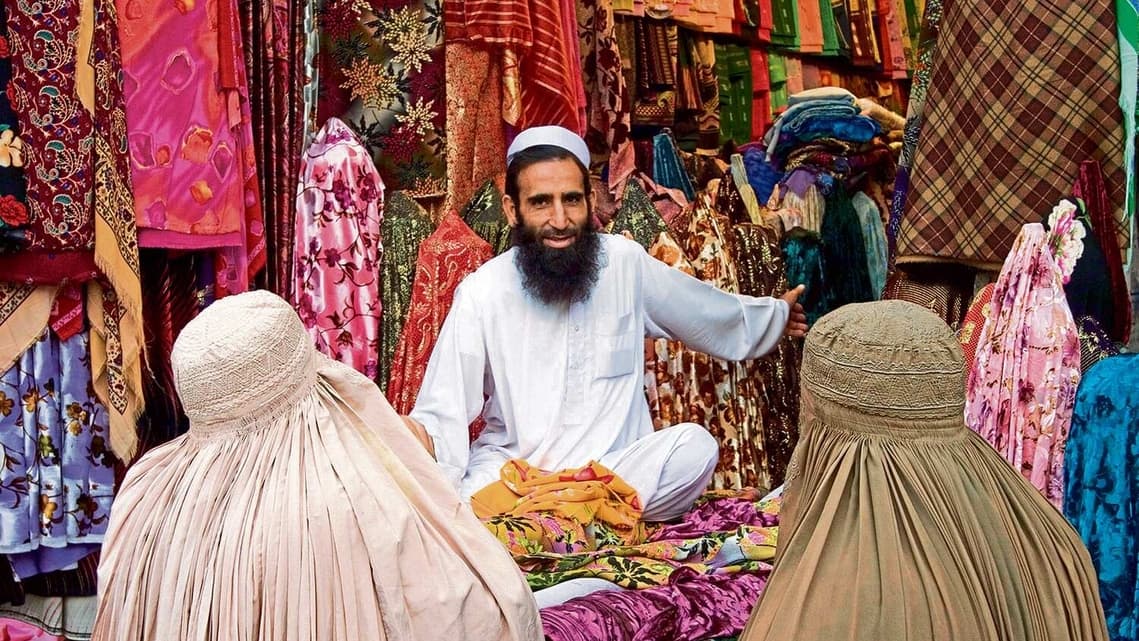 The interconnected short story cycle is perhaps my favorite literary form – it’s kind of a negotiated compromise between a novel and a box of shorts. It helps that overall, over the past decade, we’ve had some particularly good ones: Olive Kitteridge (2008) and Oliver again (2019) by Elizabeth Strout, Back home (2016) by Yaa Gyasi, and Faithful Stalkers (2016) by Chhimi Tenduf-La, among (many) others.

To this list I would now add The Whispering Chinarthe first work of fiction by Pakistani writer Ali Rohila, who penned the 2015 essay collection Read No Evil.

The collection includes 11 stories set in the village of Charbagh in Khyber Pakhtunkhwa, a Pakistani province near the borders of Afghanistan and Tajikistan. The titular chinar stands in the garden of Khan Mohammad Usman Khan, the de facto patriarch of Charbagh and head of its most prosperous and influential family. The stories are all tied to Khan and his descendants – and local legend which maintains that the family will prosper as long as the tree will.

This supernatural or mystical element hovers above the book, imbuing these stories with a timeless quality that contrasts nicely with the contemporary issues they address.

In the titular punch of a story that opens this collection, we meet two star-crossed lovers: Fahad Khan, Usman Khan’s son, and hazel-eyed Saad Bibi, who works in the mansion’s kitchen. Their forbidden romance soon catches the eye, and nose, of Lala, the family’s oldest and most loyal servant, who has a dubious knack for literally sniffing out “the epicenter of love-born tremors.”

“Lala would initiate her spying ritual by raising her muzzle, smelling the air, and rubbing her columella with the palm of her hand before heading in the right direction,” Rohila writes. “His keen sense of hearing and smell led him to the exact spot of the muffled sounds of love. His duty was to inform Khan of this, and then jointly decide how to proceed.

Lala’s character is a complex and fascinating portrayal of evil, not least because the worst of her anger seems to be reserved for her fellow servants. On more than one occasion I remembered Samuel L. Jackson’s character, Stephen, from the movie Quentin Tarantino Django Unchained (2012). Stephen is the cruel and obsequious head slave of a 19th century (white) Texan plantation owner and he is very fond of having his fellow slaves whipped or punished. Both Lala and Stephen are an irresistible mix of social conditioning and a primal, irresistible kind of villainy.

Imam introduces us to two very important characters. In the rest of the book, we continue to follow their fortunes. The first is Ashfaq Khan, the distinguished, witty and compassionate brother-in-law of Usman Khan, whose brothers usurped his land. The former patriarch, Usman, asks Ashfaq to come and stay at the mansion, but he chooses to stay at the hujra (a parlor-like structure where guests entertain in the Pashtun regions of Pakistan) instead. The other is Abdul Aziz, the young son of Khushrang, the orthodox and joyless imam of the local mosque. At four years old, young Abdul walks into the mosque and hugs his father while the latter leads a prayer meeting. His father brutally beats Abdul in response and takes him to an infamous maulana in Rawalpindi.

Ashfaq and Abdul’s stories are tragedies, and Rohila doesn’t hesitate to telegraph it from the start. Ashfaq’s tragic flaw is failing to adapt, or adapting quickly enough, to the changing realities of the terrain around him. His liberal ways and flippant attitude towards religious and social edicts are sure to get him into trouble – he knows it and yet refuses to change or tone down his words. It’s a kind of integrity that’s often indistinguishable from madness, and that’s why his character is so compelling. Likewise, the tragedy of Abdul Aziz is his transformation from a sweet, naïve little boy into an uncompromising cleric determined to make Charbagh a constrictive and deeply Orthodox place. It’s painful to see, but it’s also enlightening in a way, like we’re getting front-row tickets to Charbagh’s moral and spiritual decline, even as Abdul claims to lead them on the exact opposite journey. .

Perhaps the most dramatic and pathetic story in the collection is Nazo’s Tears. It also amps up the mystique quotient with well-executed atmospheres. This story tells how seemingly liberal families very often have a hard core of conservatism at heart; their liberalism has well-defined limits and if you cross them, their anger is just as horrible as that of the people they claim to oppose. The general’s son and The rebound are really just one long story divided into two parts. They feature Ali, a well-meaning but naïve protagonist, whose major flaw is that he trusts his friends, and later his lover, implicitly and cannot conceive of a scenario where they are actively working against him. As one can imagine, this Panglossian vision comes back to haunt him in an increasingly cruel and unusual way.

I loved that after spending a lot of time with Abdul Aziz and his brand of harsh and forbidding religious orthodoxy, the final story in this collection, Bacha Sahib, follows a charismatic, permissive, ultra-liberal spiritual leader. It rounds The Whispering Chinar very well, and, moreover, suggests a pleasant feeling of optimism – the idea that there is always an antidote to whatever has poisoned a particular society. And it’s not a “lone wolf” story either. It does not paint its protagonist in a superheroic light. What it does is highlight the role of community and individual conversations in softening people’s polarizing positions. It’s the kind of story that’s an instant shoo-in for college programs everywhere.

The Whispering Chinar is, overall, a very impressive debut, which marks Rohila as a talent to watch in the years to come.