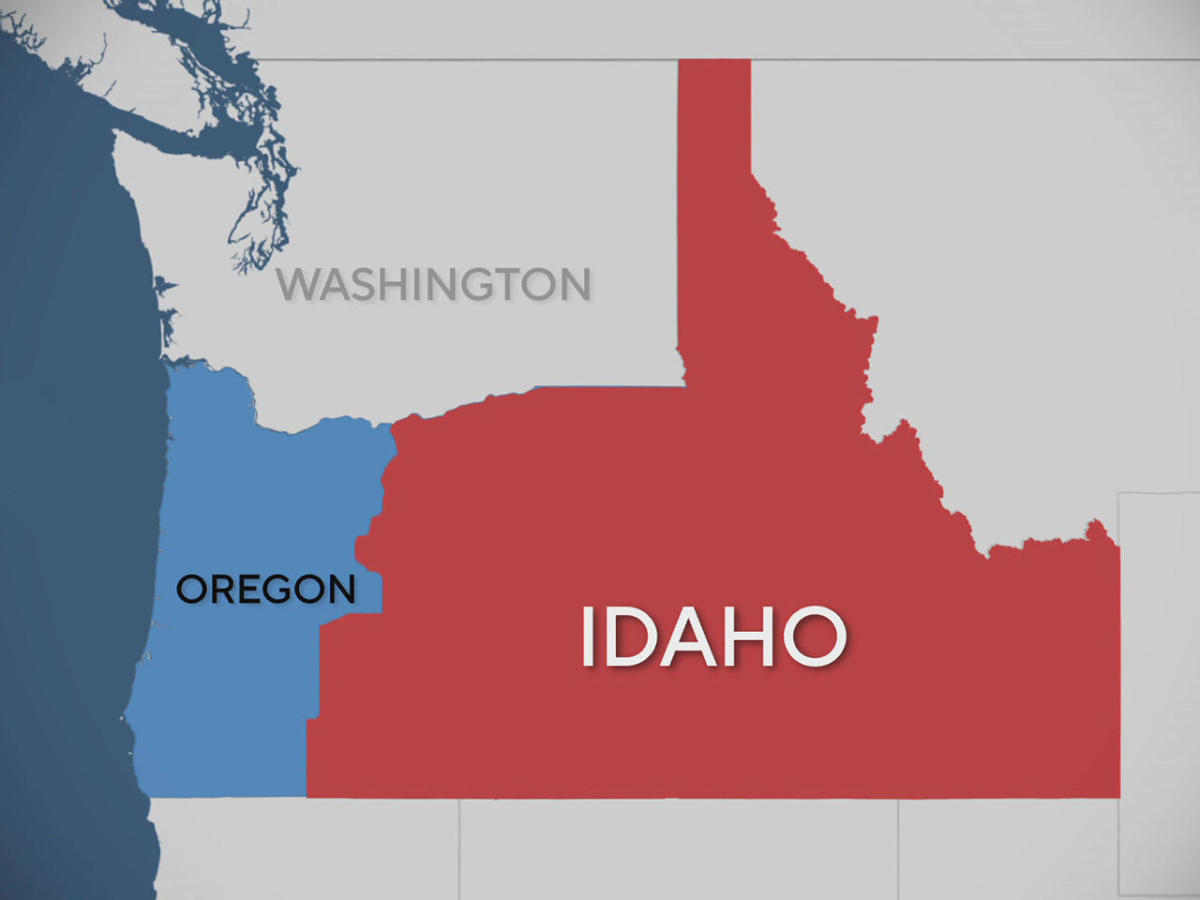 Why some Oregonians want to be part of Idaho

Mike McCarter knows his American history almost as well as he knows his Bible. His family has lived and worshiped in Oregon for four generations. “The only time I lived out of state was during the Vietnam War when I was in the military,” he said.

But his Oregon might not be the Oregon you think of, the one with the rugged, foggy coastline, the pinot noir vineyards, and its loyally blue politics.

McCarter lives in the town of La Pine, in the rural and less populated part of the state – the red side of Oregon.

“It’s almost like the Grand Canyon runs along the Cascade Range,” he told correspondent Lee Cowan. “It’s a big gap.”

What that means politically, he says, is that the blue part of western Oregon always wins over the red part of eastern Oregon. “Speaking to a lawmaker in the Portland area, I said, ‘The legislature isn’t listening to our people, our representatives here. He said, “Whoa whoa whoa, stop it, Mike. We hear what they’re left with. We just beat you.” “

So McCarter decided to look for greener pastures – or in this case, at least a little redder. He leads a movement called Move Oregon’s Border, which seeks to push the blue chunks into a smaller but still populous state of Oregon, then take the rural red chunks and integrate them into larger Idaho.

Cowan asked, “How much land are we talking about, roughly?”

Sandie Gilson owns a real estate business in rural John Day, Oregon, which is closer to Boise than Portland in almost every way. She told Cowan, “When you have a government that doesn’t listen to the opposition, or doesn’t consider those of us who live here, then we don’t have government representation.”

“It’s all of the above,” Gilson said. “They won’t hear our concerns, they don’t understand our way of life.”

She went door-to-door in support of the Greater Idaho Movement, and she says she found fertile ground. Of the 11 counties that put it to the vote, nine approved it, and it is on the ballot in two more counties in November.

Some who voted against fear it will discourage political discourse. It could even set a dangerous precedent for other states. Others, however, say moving state borders seems almost logistically impossible. So really, what’s the point?

Cowan asked Gilson, “Are you optimistic that you think you have a chance?”

“I see it as if the American Revolution was a big hurdle to jump over, and they did it,” she replied.

Richard Kreitner, author of the book “Break It Up: Secession, Division, and the Secret History of America’s Imperfect Union,” says it’s not a new idea: “I don’t think we should act as if the lines of state were carved in stone. We should look at them and say, “Does this really make sense?

“Secession has always been there. The Catholics lived in Maryland, the Debtors lived in Georgia, you know, the Puritans lived in New England. They were kind of separated to begin with. And that’s why they didn’t want anything to do with each other.”

“So it’s really in our DNA?” asked Cowan.

You might be wondering right now, instead of going through all the trouble to move the border, why not just cross it?

A self-proclaimed libertarian, Derek Williams moved his family to Idaho from suburban Portland. “When you feel, for example, that you don’t have a voice, you make a decision,” he said. “It was extremely difficult to leave family and friends. A lot of tears flowed.”

In the town of Eagle, Idaho, he said he found more political refugees, a conservative majority, and more discontent or disconnection. “You come here and you’re like, ‘Oh my God, I had no idea it could be like this.’ And you feel accepted and appreciated for who you are.”

Mike McCarter knows that the concept of majority rule can certainly be complicated. What worries him is when, he says, things waver on tyranny. Then something must be done. And the best placed to decide how, he says, are the voters themselves.

“We’re all sending the same message to Oregon leaders that you have a problem in eastern Oregon,” he said. “If we end this, and it doesn’t go the way we want it to, at least we did it the right way, so be proud of that.”

GreaterIdaho.org “Break It Up: Secession, Division, and the Secret History of America’s Imperfect Union” by Richard Kreitner (Little, Brown and Co.), in hardback, eBook, and audio format, available through Amazon, Barnes & Noble, and Indieboundrichardkreitner .com

David Sedaris on his coming out, again

How Online Anonymity Changes Behaviors, for the Worse