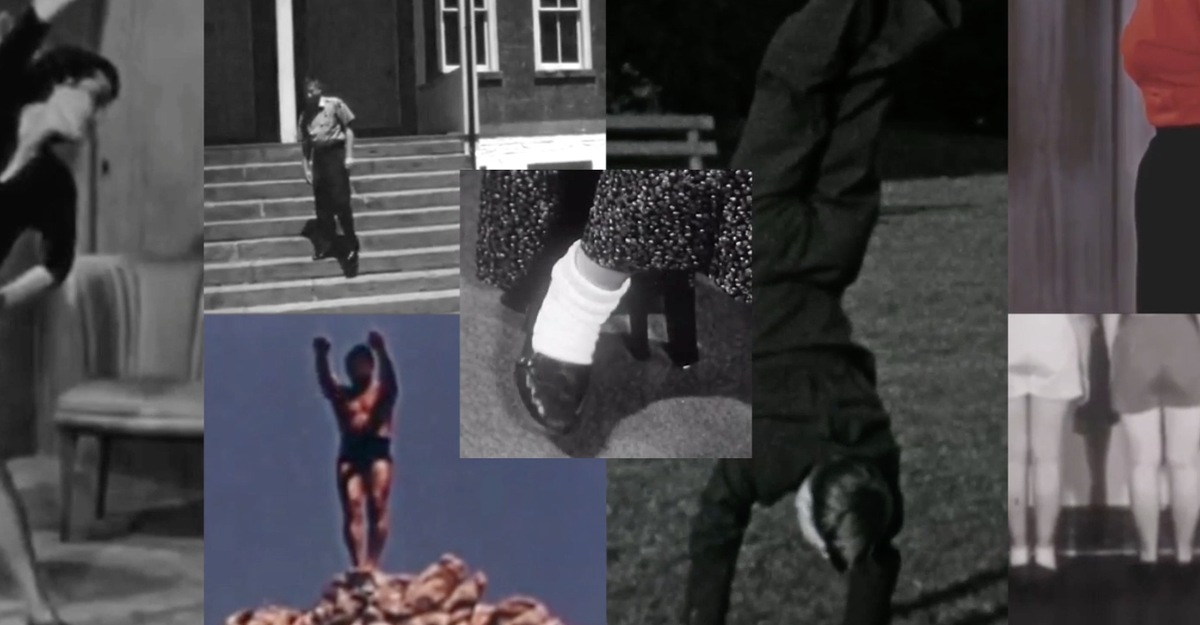 What we can learn from dance

The status of dance in American culture is deeply paradoxical. Concert dancing is one of the most elite art forms imaginable. The demands placed on professional dancers are so strenuous that those of us who live outside of this spartan vocation may find it difficult to understand the work involved. The dancers are, in the words by choreographer William Forsythe, “Olympic-level athletes” whose goal is a perfect synthesis between athletics and art. It takes years of training and huge sacrifices – and for what? An audience made up of a fraction of the urban intelligentsia; a butterfly career in its brevity, inevitably cut short by age or injury.

And yet: dance is also spontaneous, elementary, universal. Cave paintings show that humans have been dancing since at least the Stone Age. Some scientists, having observed that chimpanzees sway and clap occasionally while listening to music on the piano, believe that the desire to dance predates humanity. Psychologists have argued that group dancing promotes social ties. Anthropologists, on the other hand, have found expressive or ecstatic movement at the heart of many religious rituals: healing rites, initiation ceremonies, funerals, weddings, preparations for war. The dance takes us back to the first mysteries of human creation. It is one of our fundamental arts.

Many contemporary choreographies emphasize virtuosity and difficulty, incorporating aerial or acrobatic movements or feats of physical audacity. (The 1995 piece by choreographer Elizabeth Streb Breakthrough, for example, requires a dancer to jump through glass.) But today’s artists are also very interested in integrating everyday movements into dance. Some choreographers turned to amateurs instead of trained performers. Others highlighted mundane actions such as walking, jumping, kneeling or tapping their feet in their works. Such performances reduce the distinction between offstage and onstage movement, reminding us that dance is ordinary and ubiquitous. By making dance look like life, they show us how life, in turn, looks like dance.

Annie-B Parson’s new book, Daily choreography, makes a more radical assertion, completely rejecting the distinction between dance and life. Parson, an acclaimed choreographer best known for her gender-blending work combining dance and theatre, offers an exuberant, if lightly sketched, conception of human life as a collective dance, coiled and unwound in endless variations as it unfolds. as we move through time and space. For her, dance is not a rarefied form. It is more like the natural, everyday movement of walking down the street, which, after all, involves considerations of line, space and tempo. City life, in particular, requires dance-like coordination: Strangers streaming down the sidewalk must find a “group rhythm.”

If we look at the world through Parson’s eyes, we find that dance is all around us, in people stretching, hugging or queuing. We are all “natural choreographers”, continually navigating through space. Such a blissfully aesthetic attitude can strike us as Pollyannaish: life as a cabaret. But even the most committed melancholics have found in dance a model of life lived in time, bound to constraints but offering possibilities for creative response. A poet no less pessimistic than WB Yeats chose dance as his image of how human beings express themselves through action: “O body shaken by music, O luminous gaze, / How can we recognize the dancer from dance?

Choreographers often describe dance as a language. It produces its effects partly thanks to what the critic John Martin called “kinesthetic sympathy”: the viewer, in a kind of “inner mimicry”, imagines what it would feel like to perform the movements he sees. (This concept explains why some of us wince at contortionists.) Bypassing speech to strike the body, dance can elicit a muscular response as well as an emotional one, conveying ideas and feelings that resist language, or even are prior to it.

Read: Why dancing makes ‘This Is America’ so uncomfortable to watch

For legendary American dancer and choreographer Martha Graham, what defined the language of dance was truthfulness. “The movement never lies”, she said regularly. A striking orator with a flair for gnomic expression, Graham never rejected verbal communication; she read constantly, especially poetry. But the dance was her”letter to the world», the way she communicated her ideas, her perceptions, her fears and her desires. Graham’s feat, as Neil Baldwin details in his new biography, Martha Graham: When Dance Became Modern, was to take the language of classical dance and explode it, discovering new expressive possibilities by introducing movements that many spectators found grotesque or disturbing. The result was the creation of modern dance.

Baldwin follows other dance critics in affirming Graham’s place at the forefront of a new type of dance. Before Graham, the critic Joan Acocella writing, “there was basically one type of concert dance in America: ballet.” After Graham, there were two: ballet and modern dance. Bristling against what she saw as the artificial beauty and mannered restraints of ballet, Graham developed a vocabulary of movement that was harsh, angular, impactful. Ballet specializes in dizzying leaps and curved, symmetrical movements. Graham’s style, Baldwin shows, was earthy and visibly laborious, involving falling and floor work performed from seated, twisted, or lying positions. By developing new ways for dancers to move, Graham empowered them to say new things with their bodies.

In his 1930 solo piece Lamentation, for example, the dancer is sheathed from head to ankle in taut purple fabric, creating diagonal lines of tension by pushing against the fabric, as if trying to escape from the folds that envelop her. Graham’s program note described Lamentation as “the personification of sorrow”. Much like the dancer twisting and stretching the purple tube garment, Graham expanded the boundaries of dance to include raw psychological material. Sometimes these difficult subjects were political. In his groundbreaking play, Heretic, Graham is dressed in white and rebuffed and scolded by a group of 12 women dressed in black: the punishment of the nonconformist. More often than not, they were erotic, even outrageously. In night tripits 1947 adaptation of Oedipus, Graham, as Jocasta, encloses Oedipus in a cord evoking an umbilical cord. She brought dance closer to ordinary experience by bringing into the picture certain dark recesses of the soul that ballet had passed through.

Even though Graham made the dance more sensitive to grief, eroticism, and other real-life elements, it also leaned heavily towards abstraction. Baldwin notes that early in Graham’s career, on seeing a Kandinsky painting for the first time, she would have marveled at its expressionistic bursts of color, the streak of red running across the canvas. “I will one day,” she said. “I’m going to do a dance like this.” This story may be apocryphal; Baldwin gives us reason to doubt it. What is beyond doubt is Graham’s affinity with non-figurative art, aiming not to tell a story but to convey deep emotions and fundamental truths. Dance, for Graham, was a universal language.

Parson, too, sees dance as a powerful form of communication and a way of speaking on a deeper level than language. One of the key functions of dance, according to Parson, is its role in the political assembly. Marches, late mornings, sit-ins – “These acts of protest, she explains, are choreographies: the body in space has intentional directives agreed upon by the performers. »

Read: The company is working to make dance more inclusive

Parson’s insights are a welcome reminder of the political value of dance, which has long served as a powerful aid to protest, its expressive beauty lending eloquence to public displays of outrage or grief. Oakland’s dance team Turf Feinz, for example, garnered great admiration for a 2009 video recorded on a rainy street corner, mourning the death of a dancer’s half-brother. Sliding over the rain-slicked asphalt, the dancers spin, burst and rush, incorporating elements of ballet and boogaloo. A dancer, in red, strikes a pose outside the crosswalk, his arm and leg pushed back in sharp diagonals, forcing a passing car to maneuver around him. This provocative claim to space is a common feature of protest dance. More recently, dancer Jo’Artis Ratti approach police at a protest in Santa Monica following the murder of George Floyd and began krumping, his undulating, stinging movements becoming a poignant expression of anger and despair. Such moments, according to Parson, show the urgent possibilities of dance, while illustrating Graham’s insight that the body says what words cannot.

Like the American composer John Cage noticed, formal theater exists to remind us that theater is already happening all around us. The same goes for the dance, which pays homage to the rhythms we share – inhale and exhale, systole and diastole – as we move through time together. TS Eliot in four quartetswhich choreographer Pam Tanowitz amazingly adapted into one of American dance’s most important recent works, says it well. “At the fixed point of the spinning world… the dance is there.”