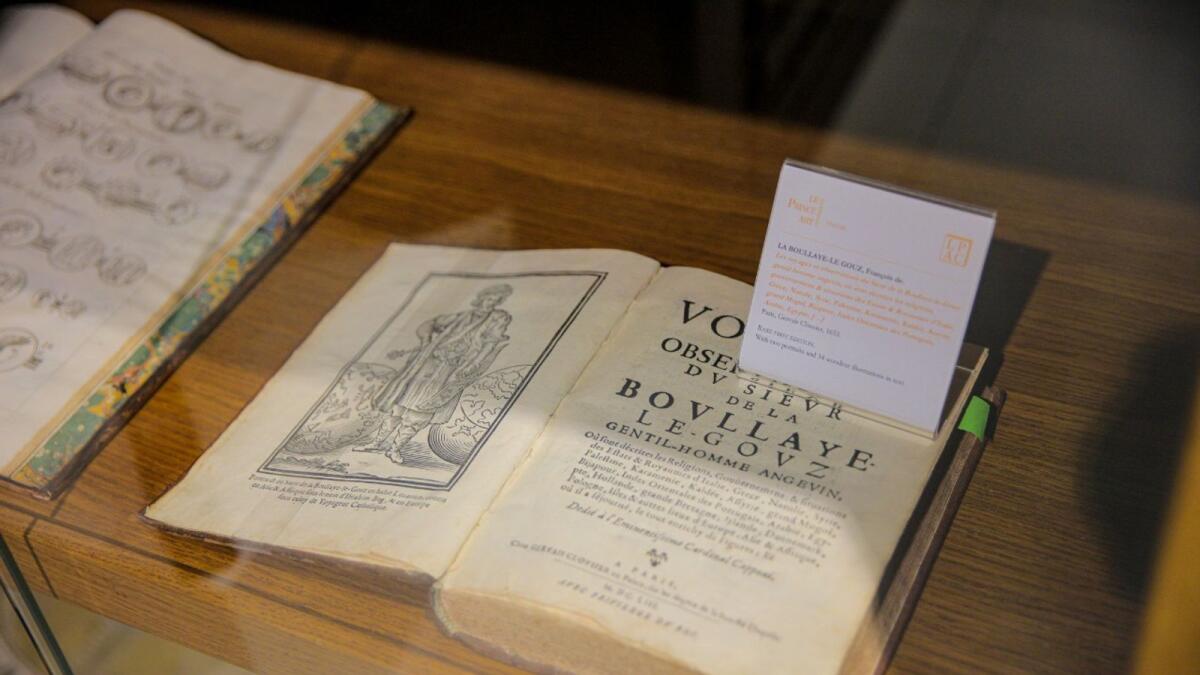 Visitors to the fair can see a collection of more than 100 important books from the era, including high-quality first editions, fine bindings and antiquarian books.

A rare photograph taken by British soldiers during the famous attack on the Hejaz (Makkah and Madinah) railway is, together with a collection of over 100 important books, manuscripts and records from 100 AH to the present century, on display at the 41st edition of the Sharjah International Book Fair (SIBF).

HA’s collection of over 100 important books, manuscripts and archives is on display at Peter Harrington, who specialize in finding, selling and buying the highest quality first editions, signed, rare and antiquarian books. , beautiful bindings and library sets.

The collection covers a huge range of fascinating material – from a page from a rare 9th-century Quran executed in a distinctive and unusual Kufic script, to the first work to be collected of early photographs of Mecca and Medina. It also includes rare guidebooks from the 1970s promoting Saudi Arabia and Sharjah as tourist and investment destinations.

Ben Houston, sales manager at Peter Harrington, said they would be bringing rare photos taken by British soldiers in the Arabian Peninsula to the SIBF this year. The rare archive of material includes original photographs assembled by Lt. Samuel H. Brodie, a British soldier who accompanied TE Lawrence in the famous attacks on the Hejaz railway, as well as a copy of the edition of the subscriber of Seven Pillars presented by Lawrence to the same soldier. . The photograph is sold for £175,000, or 317,372 Dh.

The collection of over 150 original photographs, in bulk and in albums (mostly in smaller “snapshot” formats), primarily relates to the Arab Revolt. The photographs contain notes relating to location, personnel, and details of the action, and the majority of them are sepia bromide prints on matte paper.

Highlights include a wealth of wonderfully evocative footage of Brodie’s unit in the field, including Brodie himself, his second-in-command George Pascoe, and attacks on strategically important stations along the railroad from Hejaz.

Participation in the SIBF

“This is the fourth year in a row that Peter Harrington will be exhibiting at SIBF, which remains an important part of the company’s international calendar, providing an always welcome opportunity to reconnect with our GCC customers,” said Ben Houston, Sales Director at Peter Harington.

“Institutional collectors remain an important force driving interest in rare materials about the region, rare works that help document and contextualize the region’s history continue to be sought after. The opening of the Mohammed Bin Rashid Library, the Sharjah House of Wisdom, the Louvre Abu Dhabi and the highly anticipated opening of future iconic museums such as the Zayed National Museum, have contributed to continued interest in the constitution of national collections.

This, in turn, stimulates demand and resources for the development and expansion of resident rare book collections, which should have a ripple effect on the market for private collectors. We are encouraged to see our list of private collectors continue to grow, with interest ranging from seminal rare works to niche items such as original children’s book artwork.

The Sharjah International Book Fair continues to raise the profile of the rare book world and provides an excellent opportunity to experience first-hand collector trends in the region. »

He adds: “The Middle East currently accounts for around 10% of our international sales, and we were delighted to have been able to welcome many of our friends from the region back to our stores in London this summer as international travel picks up. opened again. . After a very successful outing earlier this year in Abu Dhabi, we look forward to continuing that success in Sharjah. »

“Past acquisitions range from individual books in the thousands to organized collections that reach several million dirhams.”