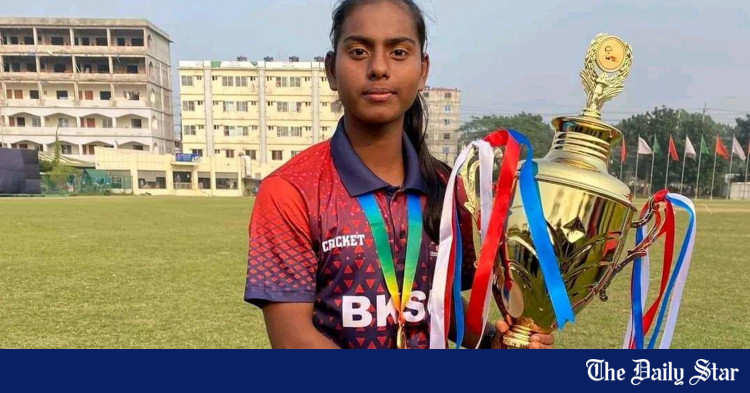 The newcomer Marufa in the Tigresses team

The Bangladesh Cricket Board (BCB) yesterday announced a 15-member squad for the ICC Women’s T20 World Cup Qualifiers, to be held in the United Arab Emirates from September 18-25.

Right-hand point guard Marufa Akter, who came on in place of Suriya Azmin, was the only new face in the team led by Nigar Sultana Joty, where Jahanara Alam also returned to the team to replace Fariha Islam.

Eight teams have been split into two groups and the top two teams will reserve their place in the main event, which will be played in South Africa in February-March 2023.

Bangladesh and Thailand qualified through their ICC Women’s Team Rankings when they participated in the previous edition of the T20 World Cup in 2020.

Bangladesh will start the tournament as one of the favorites. In the past four qualifiers, Bangladesh have qualified three times – twice as winners and once as runners-up.

The Bangladesh women’s team will play their first match against Ireland on September 18 before facing Scotland and the United States on September 19 and 21 respectively.

The team will travel to Abu Dhabi on September 8 for a pre-event conditioning camp.

Are you bored of Instagram? Turn your vacation memories into photo books, cakes and air fresheners