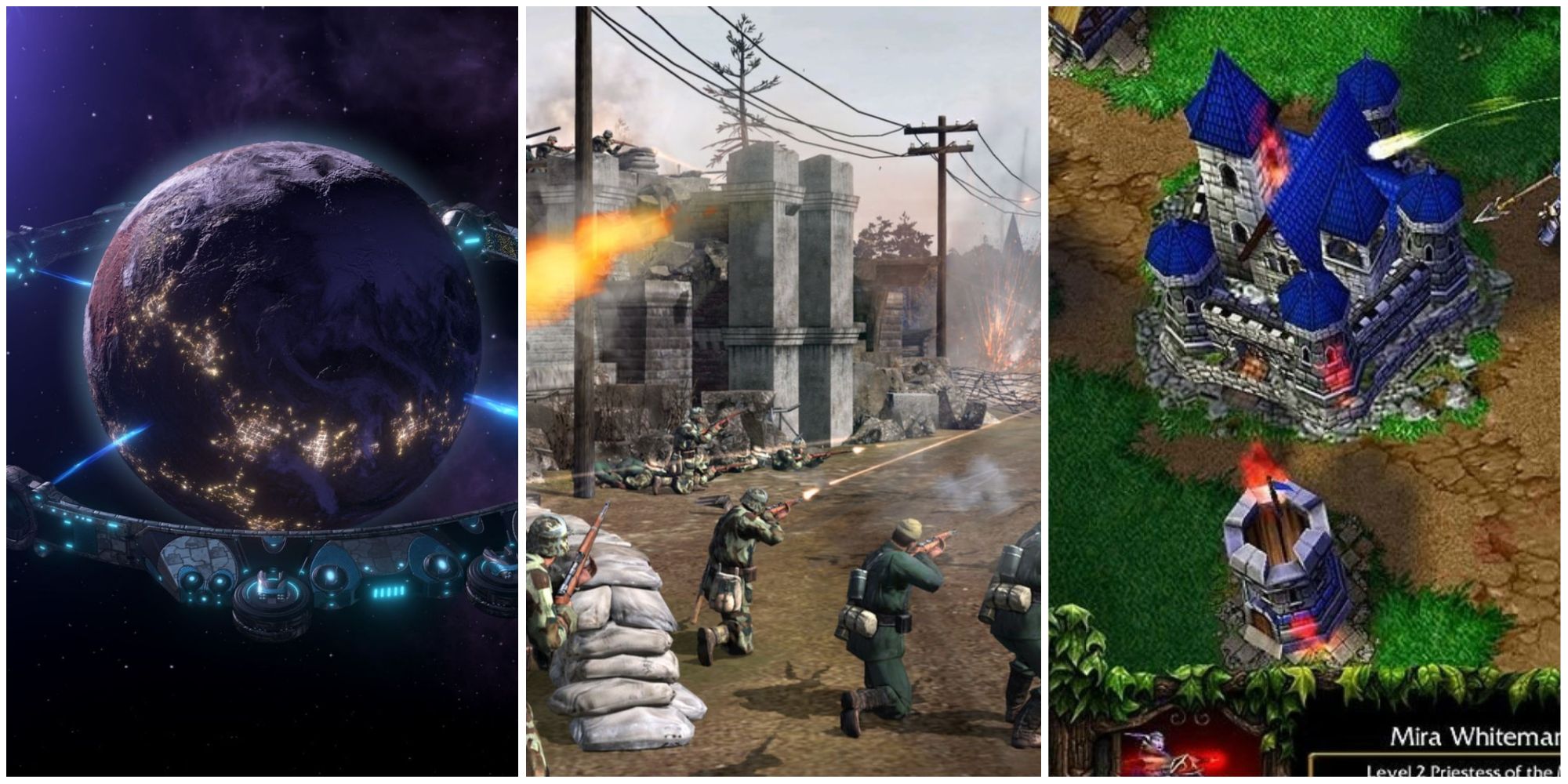 Real-time strategy games have fallen out of the spotlight. What was once the dominant genre for PC gamers has seemingly faded into the background, kept alive somewhat only by dedicated fans of the games. However, that’s not to say RTS games have gotten any worse.

Related: The best Lord of the Rings games

On the contrary, many are still outstanding games that feature some of the best designs in the industry. New games, like The DioField Chronicle, still keep it alive for hungry fans. While the genre is generally gameplay-focused, there are plenty that also have great stories, filled with exceptional mission design and narrative moments to keep you invested.

GAME VIDEO OF THE DAY

9 The Battle for Middle-earth

It’s a shame that games based on The Lord of the Rings aren’t readily available anymore. This is the case of the anthology The Battle for Middle-earth. These were RTS games set in Tolkien’s world as portrayed by Peter Jackson’s films.

The first game took you through the movies’ most iconic moments as you controlled the armies. The game’s sequel and Rise of the Witch-King expansion draw from Tolkien’s other books, leading to some interesting portrayals of characters that previously only existed in text. Fans of the series will love these games, and if you still have your disc, hold onto it.

There are several Homeworld games on the market, and each of them could be worth a spot on this list. As far as RTS games go, this series constantly fires on all cylinders, putting you in command of an entire space fleet.

While most RTS games give you an aerial view of infantrymen, this one has you peering out among the stars with your starships in tow. Unlike many of its contemporaries, the Homeworld series focuses on story missions, giving narrative priority where other series would leave it after the fact.

Most of us remember a time when we played with plastic military and staged massive battles in our bedrooms and lawns. Army Men RTS takes that feeling and uses it to drive the entire game.

You’ll fight around huge rubber duckies, through blades of grass, and more. Making the game even better is how it shapes its story. The titular army men take themselves seriously, which makes the whole experience both enjoyable and humorous. If you’re up for a good few hours of nostalgic fun, then it’s time to dig into the Army Men RTS campaign.

A brutal food shortage has turned the lives of woodland creatures upside down. This led them to create their own factions and fight for survival in large-scale RTS battles. Tooth and Tail lets you control waves of anthropomorphized animals as they attempt to take over the land and find good food for themselves.

Being largely based on historical events such as the American Civil and Revolutionary Wars, Tooth and Tail has an introspective yet dark and poignant story that injects a lot of its own personality into every line of dialogue.

Supreme Commander doesn’t look like much when you take its title literally. However, once you see the game in action, it’s hard to turn away. The sense of scale is staggering. You are thrust into the middle of a conflict known as the Infinite War that has been going on for thousands of years.

This intergalactic battle has three factions trying to conquer each other to reign supreme. This sense of scale and epic battles is reflected in the story, which slowly introduces you to this alien world of conflict, giant machinery and conquest.

When a game sets out to create a world with its own lore and rules, chances are its story will also be interesting. This is easily the case with Spellforce 3. After the mages rebelled, they were all but wiped out. However, the land of Eo is still plagued by disease and conflict.

The game is a combination of an RTS and an RPG, giving you the freedom to build your character, steer your story in your own direction, and take the narrative reins of the story. The setup alone makes this tale worth diving into.

Stellaris is one of the widest and deepest RTS games out there. Each player’s experience will be different from the others due to the amount of mechanics and options available to you. You take control of a civilization that has just discovered the ability to travel among the stars.

From there, you take your ships and explore at your own pace, discovering new planets, civilizations, and even other stars. What you do instead of these new discoveries is up to you. You can become a friend of those who inhabit other planets, or you can become their conqueror. In Stellaris, history is written by you, the player. A huge amount of additional replayability is also offered via mod support.

When it comes to RTS games, you’ll be hard pressed to find one with Age of Empires 2’s pedigree. This game has been kept alive to this day, with dedicated fans praising its balance, solid gameplay, and visual design. .

In addition to its healthy online community, Age of Empires 2 also features several very interesting historical campaigns. You tackle missions across different time periods with important historical characters and factions, such as Joan of Arc and Saladin. The campaign also does a great job facilitating its various systems so you can become the ultimate ruler.

Games based on WWII will probably never go away. While they dominated the fps genre, they also found their way into the RTS genre. Company of Heroes 2 is an RTS game based on the famous war and focuses on the Eastern Front.

As such, it deals with the politics of the time as well as some of the questionable actions of the important figures leading the war. If you’re looking for a warfare experience that doesn’t sacrifice scale, then Company of Heroes 2 is definitely worth your time.