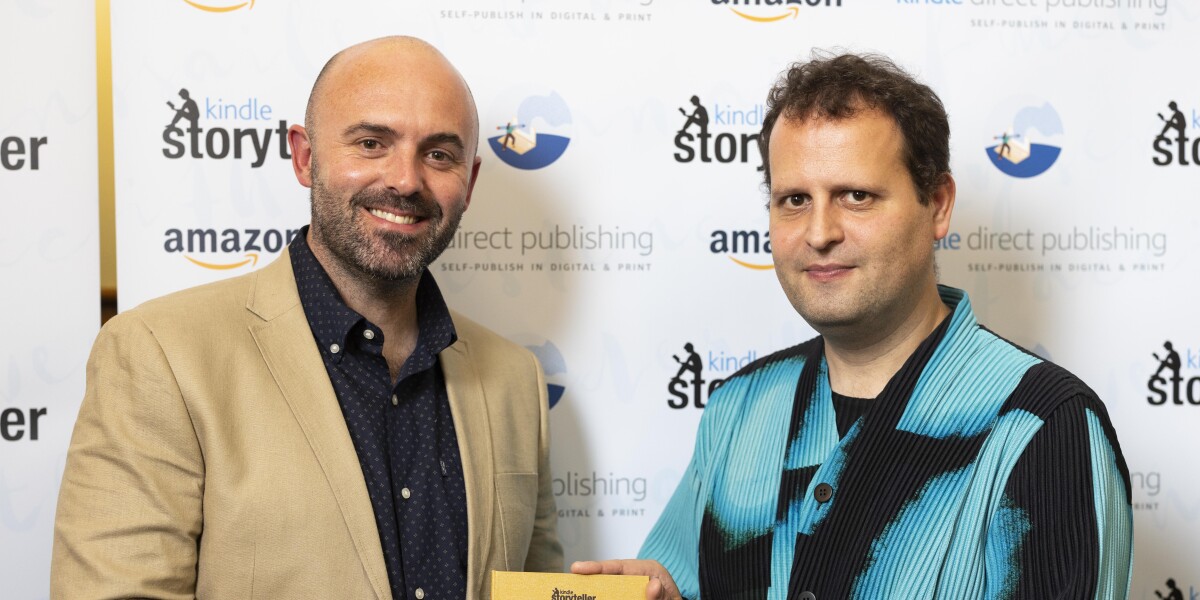 The Kindle Storyteller Award – a £20,000 literary prize celebrating outstanding writing by independent authors who publish in any genre – has announced the winning book for 2022 as king of war by Peter Gibbons.

The award was announced this evening by best-selling author and this year’s celebrated judge, Adam Kay, at a ceremony in Parliament sponsored by MP Julian Knight, Chairman of the Digital Committee, of Culture, Media and Sport of the House of Commons.

king of war is the fourth book in Gibbons’ popular Viking Blood and Blade Saga, a series of Viking historical fiction that began with the first novel by Peter Gibbons viking blood and blade. The book follows Hundr, a Northman, as he navigates King Harald Fairhair’s war, searches for a divine sword, survives brutal attacks, and battles a vicious and deadly enemy, Black Gorm the Berserker.

Along with the £20,000 prize, Peter will receive a marketing campaign to support the book on Amazon.co.uk as well as a bespoke gold Kindle cover, which was presented tonight. Originally from Warrington, Peter now lives in Kildare, Ireland with his family. Although he always had ambitions to become an author, he only started writing books when the pandemic forced him to spend more time at home and discovered Kindle Direct Publishing (KDP) as a medium. to self-publish their novels.

Peter still balances writing with his career as a financial services worker and has found a habit of getting up early in the morning before his three children to write before work every day, and in just over a year he published four books.

“I am absolutely thrilled and honored to have won this year’s award,” said Peter. “I have always dreamed of becoming an author and I want to thank Amazon Kindle Direct Publishing for opening the door and making this ambition possible. KDP empowers anyone who dreams of publishing their work for readers, and stories that would otherwise remain hidden in desk drawers or locked away in our imaginations can find their way to light up reading lights and bedside tables across the world.

Their comments on king of war praised its “engrossing” plot and narrative, noting that it was “instantly supported by the action-packed plot and sensitively drawn characters”, even without the context of the previous books in the series. At the end of the day, king of war “stood out as the book that captured the judges’ attention and stayed with them long after it was finished, with many commenting that they can’t wait to read the next installment.”

The Kindle Storyteller Award is in its sixth year in the UK and was created to recognize recently published work in English across all genres. The prize was open to any English-language work published on Kindle Direct Publishing between May 1 and August 31, 2022.

Darren Hardy, author and head of editorial programs at Amazon UK, who chaired the judging panel, said: “Submissions have been incredibly strong again this year, and it’s been a pleasure to delve into the shortlisted books – novels from Sapphic love to tight suspense thrillers and of course, Peter’s Viking Adventure. king of war hooked me from the start, and I can’t wait to follow the Viking Blood and Blade Saga as it continues. It’s amazing to see such talent supported by Kindle Direct Publishing, where authors take control of their publishing, decide when and how they publish their books, and earn great royalties from their sales.

Here are the winners of the 2022 Kirkus Prize. ‹ Literary Center