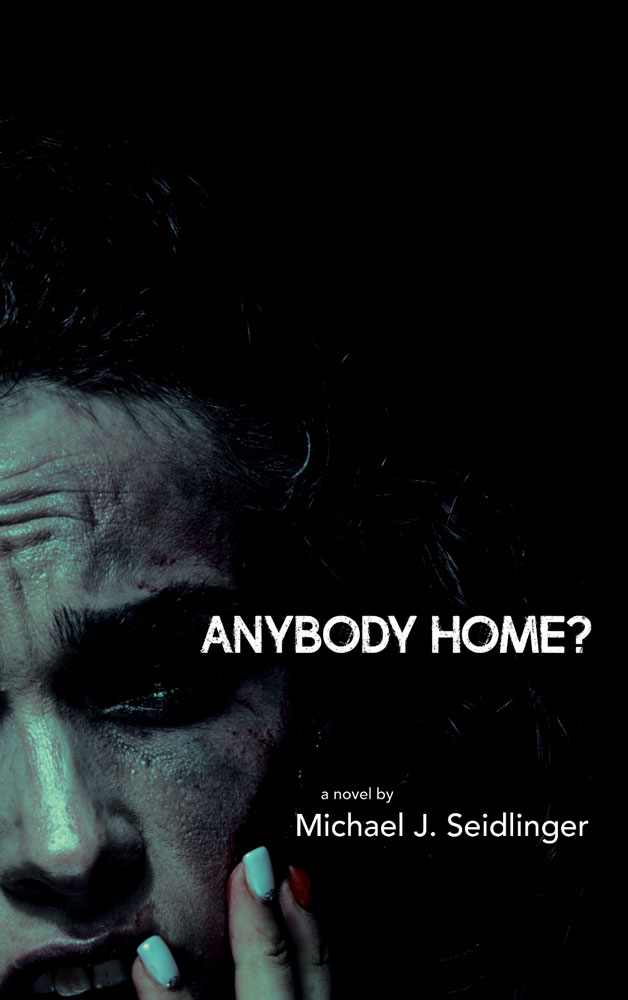 Michael J. Seidlinger
Someone is there?
(Clash Books, 2022)

“Literary Horror” makes a rather jagged net, when it comes to catching a prose narrative. The genre can claim a legacy, like Stoker’s Dracula, and there’s no denying that its bloody, supernatural tropes add to the impact of contemporaries like Victor LaValle. Still, to define exactly what counts as horror, good luck with that. A recent list in Illuminated Hub went so far as to include Toni Morrison Beloved, which after all features the ghost of a murdered child. But Morrison’s ghost may be human, it’s one of the author’s cleverest ambiguities, and a similar cloud hangs over any new novel that his publisher presents as both horror and a work of art. Two new case studies are Michael J. Seidlinger Someone is there? and Dashiel Carrera The deer (considered a “thriller” in promotional material). Both texts deliver the goods, I’m happy to say; they deliciously sting the hairs of the back. Plus, the appalling material is matched by disturbing craftsmanship.

Seidlinger has been busy and he’s now produced a dozen quirky novels in a decade. The longest, that of 2014 Anyone else’s face, featured a monster, a faceless creature that can make others look weird. This is enough to suggest the author’s penchant for a threatening destabilization, particularly with regard to the obscure question of identity. The same malaise reigns Someone is there?. The novel takes us through an elaborate home invasion, funny games on steroids, but its prolonged creepy setup and bloody climax sequence never reveals the names of those involved, or those in danger or those inflicting it.

Burglary is not about getting home, but rather about pain and humiliation, and Seidlinger’s central conceit is that such breakdowns have become a black market “performance”, every move in front of the “camera” (he are not two words repeated so often in this text). The results are followed by “cults” and, in lucky cases, taken up to be adapted by a “studio”. In short, we’re in a brutal alternate America, where pity or worry is brushed aside in favor of a cruel good show. Thereby Someone is there? spends most of its first half in preparation, surreptitiously setting up cameras and traps with Invader #1, Invader #2, and more.

As for Victim #1, Victim #2, etc., we see them on video. And if that doesn’t create enough emotional distance, Seidlinger works with a second-person narrator who isn’t directly involved, a performance veteran, offering advice. This OG feels oogly himself, opening the book with memories of his own atrocities, panting. Soon he describes the whole sociopathic enterprise:

It wouldn’t have been a success if I hadn’t understood what it felt like to the victims, husband, wife, sons and daughters. I needed to know what it must be like to be them….

Indeed, while the preparations may seem tedious, the latest victims turn out to be a pleasantly gruesome bunch. The family is so troubled that the narrator doubts the whole “happy, boring illusion of suburbia.” The insight is hardly original, nor is the language – it’s horror without Lovecraft’s flourishes or Stephen King’s mania for detail – but that’s the point. Seidlinger wants his dark vision to be unvarnished, before he starts painting the walls with blood.

This carnage erupts in the second half, and when I call it the better half of Someone is there?, I don’t just mean it works like a gore-fest. On this scale, Seidlinger’s numbers are good, with one nightmare topping another. More surprising and satisfying, however, is its embrace of subtle humanity. Family members show resourcefulness, caring, even bravery, while invaders reveal apprehensions and disrupt wickedness. We let out a sort of cry from the heart. For much of the novel, the answer to its title question is a waning echo, No no nobut in the end we know better: It’s alive!

Dashiel Carrera presents a very different profile from Seidlinger. A budding novelist, he is currently working on a doctorate in computer science, and he is active in music and other arts. The deer, rightly, strikes the reader as both awful and very strange: its structure is binary, like a computer processor, while also referencing vintage vinyl records. The two halves are labeled “Side A” and “Side B”, and the former calls each chapter a “Track”, but in each, very different things happen to entirely different characters.

Of course, maybe I’m missing something. Carrera’s style casts hard-to-penetrate, yet very beautiful shadows. Consider this oak tree, in the swirl of police lights at night: “The leaves hang down… like a swarm of sleeping bats, their noses sharpening at the curve of the rain.” Or this disturbed desert moment, shared by sisters: “We are as afraid as before. Something at this late hour⎯ a mind hanging in the undergrowth. These finely crafted phrases leave a lot of things hanging in the balance, to fascinating, if undeniably disconcerting effect. The way things turn, whichever side on the turntable, feels practically Ovidian.

Supernatural fluidity gives a few fixed points. The first half features a road accident, a deer of course, and the accident brings out, in a haze of memory and dream, the news of a father’s death and abuse. Then things go awry on side B, on a drought-stricken farm – indeed, is the whole world dying? – where two sisters take care of a mother who seems to be lost. Neither tragedy reaches resolution, really, though both clarify and tighten the emotional bonds. What matters most seems to be the bit quality. In one the men dominate, in the other the women. One is a long hellish day, the other a dark and stormy night. It is not for nothing that the two stories refer to Schrödinger’s cat, this classic either/or, and also to jazz, so much to play the changes. Speaking of which, together this novel and Seidlinger’s deliver seductive new improvisations on the horror’s expanding soundtrack.

Everyone hails the revival of romance, thanks to TikTok