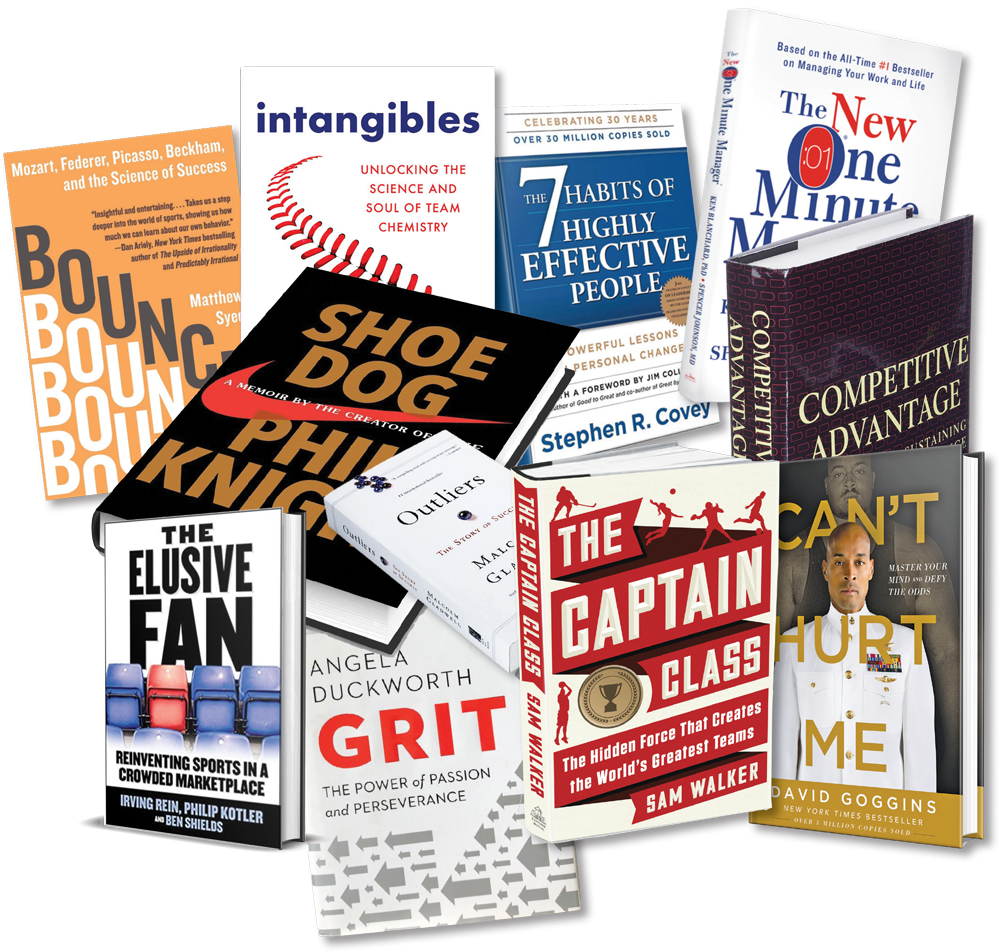 Lean into these books for life and business lessons

We will admit, whether by habit or by history, that we are book lovers. We read them, write them and give them as gifts.

This is perhaps unsurprising, because as university teachers, books have always been part of the picture. Although hard copy sales are declining, the e-book has more than offset the decline in hardback/paperback sales while improving availability and access.

But what are the key books? And how reading a good book for the first time or going back and browsing something you haven’t seen since college/grad school has the potential to make you a better leader or junior assistant manager- double-secret-probation more promotable?

Besides, what is a great book? Is it an enjoyable read or something that offers amazing content? Can he provide both? What about a textbook that’s a real chore, but contains content that you end up using dozens of times over your career?

Plus, while we all imagine we’re “above average” (how else do we explain getting hired to work in the sports industry), at least 50% of us are logically wrong. . It’s something we see when students come back to us years after graduating and ask what new books they should consider reading (hint: standard lecture on all that “lifelong learning” stuff “).

Feel free to agree, disagree, or edit the list below, but instead of asking what’s in your wallet, go check out what’s on your shelf, your Kindle or your epub reader (Google Books vs Apple Books?). Then consider asking if any of these “summer reads” might offer more than just a distraction.

Could a few hours of selected reading make you smarter for the seismic challenges your organization is facing or the ambitious career change you are considering? We think they might, so let us suggest a few that will help you both ways.

“The One-Minute New Manager” (HarperCollins, 2015) —Ken Blanchard and Spencer Johnson. Revolutionary when it was released in 1982, the new contemporary version is just as important to promote team cohesion.

“The 7 Habits of Highly Effective People: Powerful Lessons in Personal Change” (Fireside, 1989) —Stephen Covey. Has never been out of print as the habits shown hold up. This book, in fact, inspired two of our books.

“Grit: The Power of Passion and Perseverance” (Scribner, 2016) —Angela Duckworth. Some make it, some don’t. Duckworth explains why. Courage remains a topic of great interest to business leaders in the post-COVID world.

“Outliers: The Story of Success” (Little, Brown and Co., 2008) —Malcolm Gladwell. Perhaps our favorite author – not because he uses a hockey example at the start of the book, but because his work is so accessible

“Can’t Hurt Me: Master Your Mind and Defy the Odds” (Lioncrest Publishing, 2018) —David Goggins. Overcoming a horrific start to life, Goggins became a military leader, Ironman and more (including the only member of the US Armed Forces to complete SEAL training, US Army Ranger School and Air Force Tactical Air Controller training) . Really inspiring.

“Shoe Dog: A Memoir from the Creator of Nike” (Scribner, 2016) — Phil Knight. Many were surprised at how easy this book was to read and Knight’s candor about its success. We like that it has an academic tone in the takeaways provided, which isn’t surprising given its ties to Oregon and the Stanford Graduate School of Business.

“Competitive Advantage: Creating and Sustaining Superior Performance” (The Free Press, 1985) —Michael Porter. Old school? Damn, yes. Seminal? For many, it was legendary. If you can’t bring yourself to read a 1985 book, that’s fine, because Porter continues to write about today’s competitive landscape and has created a virtual library of new editions and derivatives. One we like a lot, “The Competitive Advantage of Nations” (1998), brings a global vision to his work.

“The Elusive Fan: Reinventing Sport in a Crowded Market” (McGraw-Hill, 2006) — Irving Rein, Philip Kotler and Ben Shields. Do you think this book is outdated? Think again. Even in 2006, authors predicted the rise of esports.

“Intangibles: Unleashing the Science and Soul of Team Chemistry” (Little, Brown and Co., 2020) -Joan Ryan. A wonderfully written review of that intangible that so many people overlook. The truth is this: team chemistry is a real thing. Not to mention increasingly difficult in the post-COVID reality of hybrid working.

“Bounce: Mozart, Federer, Picasso, Beckham and the Science of Success” (Harper Perennial, 2010) — Matthew Syed. Anytime you can have Beckham and Mozart in the same sentence, you know you’re onto something. We also appreciate jobs that include sports and other activities when looking at pathways to success.

“The Captain class: the hidden force that creates the best teams in the world” (Random House, 2017) -Sam Walker. The former Wall Street Journal sportswriter spent years researching all the major dynasties. Now he works for the LA Rams. Has he found a secret sauce? And, if so, would that sauce still work in 2022, given the ever-changing state of affairs?

Do you want to read them all? It’s unlikely. But in a world of uncertainty and challenge, each of these “champions” could help more than you imagine.

Rick Burton is the David B. Falk Professor of Sports Management at Syracuse University. Norm O’Reilly is the dean of the Graduate School of Business at the University of Maine. Their new book, “Business the NHL Way: Lessons from the Fastest Game on Ice,” will be published by University of Toronto Press in October.

Questions about OPED guidelines or letters to the editor? Email Editor Jake Kyler at [email protected]