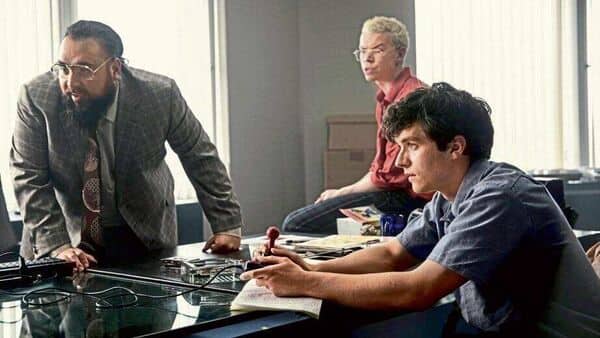 Indians today now have a taste of interactivity, albeit less drastic, thanks to Netflix. Sitting in the comfort of their own home, Indian viewers will be able to choose their own narrative in Bear Grylls’ next adventure, guest actor Ranveer Singh.

With the show set to air on July 8, media pundits said interactive content will push the over-the-top (OTT) video streaming market into its next phase of growth. Grylls is known in India for his show Man vs Wild which featured Prime Minister Narendra Modi in 2019.

The way it will work on July 8 is that at several points in Ranveer’s adventure, viewers will have two options for how the plot and character arcs progress, thereby shaping the narrative.

Although several streaming platforms have dabbled in interactivity through online voting, social media challenges, and user personalization, changing the narrative of a story requires a new level of back-end technology that few companies can boast globally.

Media pundits have said that only the big four broadcaster-led streaming services could manage such a feat in the near future in India. The advent of faster broadband, social networks and user-generated content, however, will drive the growth of interactive programming.

“A big priority for Netflix continues to be innovation, which is why we have launched formats such as interactive shows including Black Mirror: Bandersnatch, You vs Wild and India’s first interactive series, Ranveer vs Wild with Bear Grylls,” a Netflix spokesperson said.

“Putting interactivity at the heart of this series’ storytelling gives storytellers much more space to explore. Audiences are in the driver’s seat with the ability to participate and choose the direction of a story.”

Globally, Netflix is ​​known for its interactive shows like Trivia Quest, Headspace: Unwind Your Mind and Battle Kitty and movies like Cat Burglar, Boss Baby: Get that Baby and Carmen Sandiego: To Steal or Not to Steal.

While some examples of interactivity like voting, betting and group views are prevalent on streaming platforms, in the coming years platforms will look to offer services that allow a viewer to make purchases, plan vacations, view forecasts, book movie tickets and watch sports. -on demand, all at the push of a button.

“All of these engines are slowly making inroads into the Indian streaming space, fueling industry-wide research to solidify interactive TV as a mainstream medium,” he said.

He said interactivity over OTT generates traffic and there is not enough bandwidth to support the increased consumption. stories,” Goud said.

Although few media invest in it, it is expensive to produce due to the amount of additional content required.

“Technologically, this requires profound changes in the platform. While many interactive movies and DIY (do it yourself) advertising campaigns have arrived on YouTube over the past decade, movies and OTT broadcasts still need more finesse to achieve this,” he said.

A seamless scene-to-scene experience can only happen when the technology stack supports it, which means a significant cost to upgrade video players is required, he pointed out. .

But interactive programming has definite potential in India and could be the next step in the ongoing OTT content revolution.

* Thank you for subscribing to our newsletter.

This is not a test; just a few quick shots through the arc.: Travel Weekly