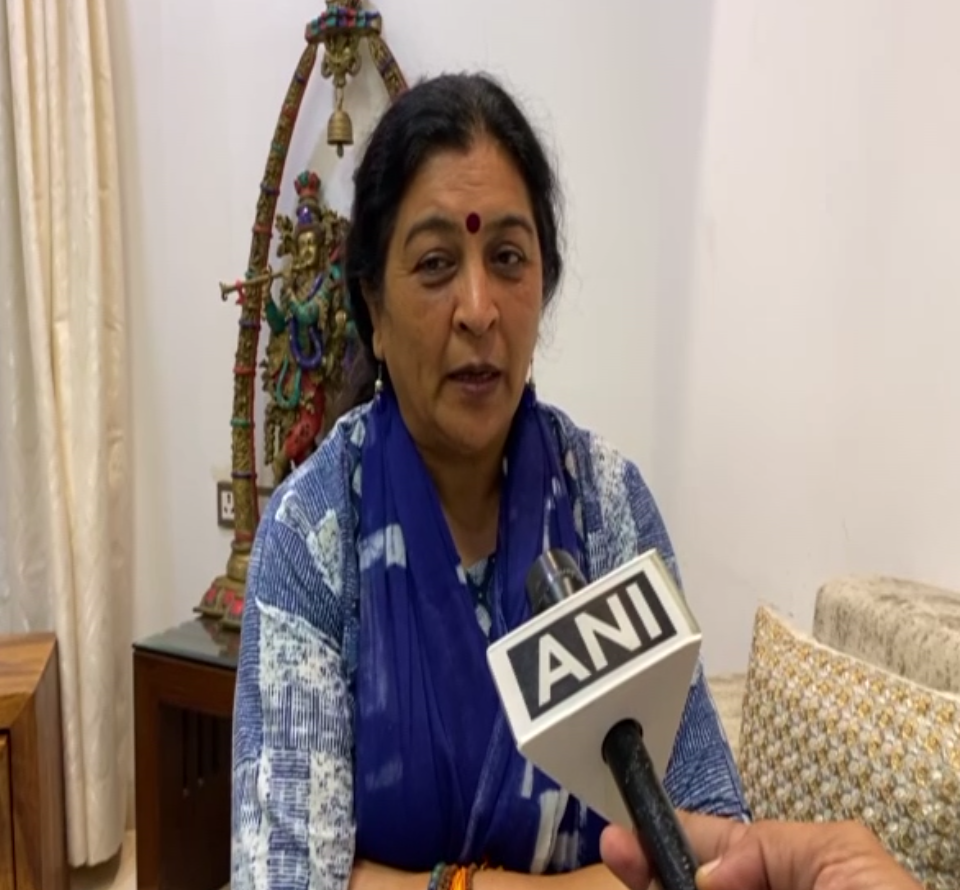 The event was recorded in the World Book of Record as it observed the largest human chain forming the country’s map to commemorate Azadi Ka Amrit Mahotsav marking 75 years of the country’s independence.

The event was organized by a social institution ‘Jwala’ in Divya Shaktipeeth and more than 5,000 students, social workers and others gathered to form the map.

Dr. Divya Gupta, Founder of ‘Jwala’ said that through this effort, an attempt will be made to create a new world record by breaking the world record for creating a geographically shaped human chain.

“We had made a human chain on the map of India, and not only on the border but also inside. Previously, a human chain formed on the boundary line of the country map, but we gathered people inside by making tricolor and blue Ashok Chakra in the middle. A total of 5,335 people participated in this event,” she added.

“Shri Shakti was made on the edge of India map to show the importance and strength of women in the country,” she added.

On August 15, India will celebrate the 75th anniversary of its independence and many events and initiatives are organized to commemorate this day.

Azadi Ka Amrit Mahotsav (AKAM) is being observed by the central government and people of India to mark the 75th anniversary of the country’s independence with an enthusiasm to bring Tiranga home and be part of the “Har Ghar Tiranga” campaign.

Azadi Ka Amrit Mahotsav’s official journey began on March 12, 2021, which began a 75-week countdown to our 75th anniversary of independence. The program plans to inspire Indians around the world to raise the national flag at home. The goal of the program is to make the relationship with the national flag more personal rather than keeping it formal or institutional. (ANI)

This report is generated automatically from the ANI news service. ThePrint declines all responsibility for its content.