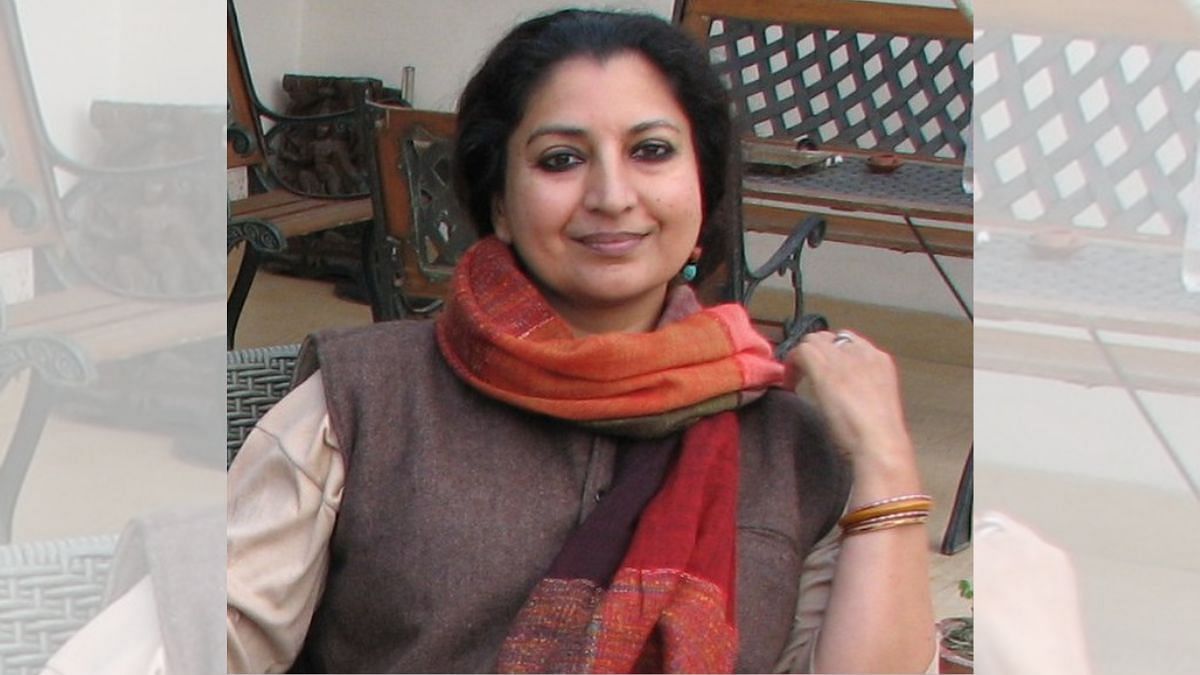 New Delhi: An event to honor International Booker Prize winner Geetanjali Shree in Agra on Saturday was canceled following controversy over the content of her award-winning novel Ret Samadhi (translated into English by sand tomb) and a complaint filed against her with the Hathras Police.

The complaint was registered by a certain Sandeep Kumar Pathak, a resident of Sadabad city in Hathras, who alleged that the book Ret Samadhi contains objectionable depictions of the deities Shiva and Parvati, who “hurt the feelings of Hindus”.

He tweeted about his written complaint on Saturday morning and tagged the accounts of UP Chief Minister Yogi Adityanath and several senior Uttar Pradesh police officials, asking for an FIR to be registered against the author.

The event, organized by Agra-based cultural organizations ‘Rangleela’ and ‘Agra Theater Club’, was to be held at the Clarks Shiraz Hotel in Agra. Shree, who was born in Mainpuri district of UP when her father was an IAS officer in Agra division, was educated in different districts of the state.

The organizers of the event, Anil Shukla of Rangleela and Harvijay Bahia of Agra Theater Club, released a joint statement expressing their sadness over the cancellation of the event.

“There was a lot of excitement for the event…it’s really sad that the event had to be canceled in this way,” the statement read.

“Hathras Police reportedly told local media that required action would be taken after studying the contents of the book,” Shukla said in the press release.

Rambharat Upadhyay, a spokesperson for Rangleela, however, told ThePrint that Shree did not want to attend the event after “receiving threats” following a congratulatory function organized by the teachers’ union of the Jawaharlal Nehru University in Delhi earlier this week.

“A big reason for the cancellation of the event is…about three days ago, Ms. Gitanjali went to JNU, and a large part of the university objected to her attendance, and according to inside information, she received threats, and the event was not canceled from our side, she canceled it from her side for these reasons, she wants to take a break from the events because there is a threat for her”, Upadhyay said.

According to the statement released by the organizers, Shree had told them on Wednesday that some anti-social elements had tried to disrupt the congratulatory event held at JNU.

“We congratulated her on this event, but the government should be the one to do it… she made the nation proud. She’s from UP, was born and raised here, and educated here. The UP government as well as the Indian government must salute and encourage these people,” Upadhyay added.

“The novel drawn into political controversy”

The organizers’ statement also noted that Shree defends the content of her book based on Indian mythology. The author, according to the statement, said there was no intention to insult anyone’s feelings.

“My novel is forcibly embroiled in political controversy… The references made in the novel are an integral part of Indian mythology. Those who have objections to these descriptions should challenge the Hindu mythological texts in court,” the author reportedly told organizers, according to their statement.

Ret Samadhitranslated into English by Daisy Rockwell, won the 2022 International Booker Prize in May. It is the first Hindi novel, and the first from India and South Asia, to win the prize.