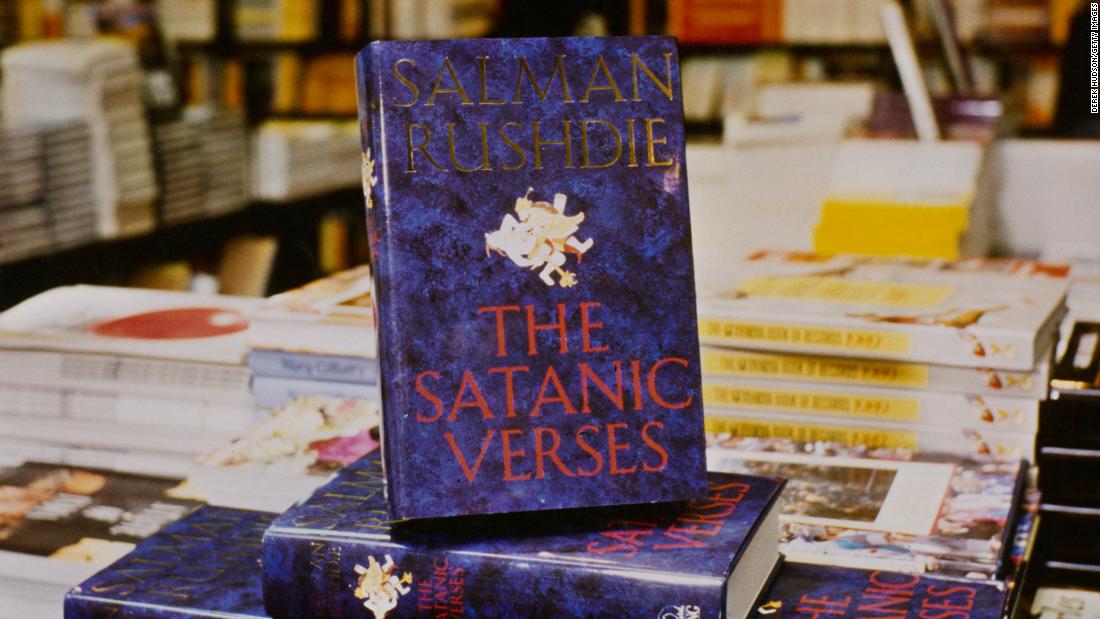 Banned Books: ‘The Satanic Verses’ and 6 Other Titles Some People Didn’t Want You to Read

The brutal attack on author Salman Rushdie in New York on August 12 has reignited discussions around censorship in literature.

Rushdie’s “The Satanic Verses,” an ambitious work of magical realism, received one of the strongest and longest-lasting backlashes in literary history for its treatment of Islamic tradition. Its release in 1988 was met with protests, riots and bans in Muslim-majority countries. Ayatollah Khomeini of Iran issued a fatwa, or religious edict, in 1989 calling for the death of the author and all those who worked on the book, after which an Italian translator of the novel was stabbed, a translator Japanese “Satanic Verses” assassinated, and a Norwegian publisher shot and wounded. Rushdie was forced into hiding for years; the book is still banned in more than a dozen countries, including Iran, India and Kenya.
The motive for this month’s attack on Rushdie remains unclear, but the incident “shows that the suppression and censorship of books has been going on for centuries and is still happening today,” it said. Pom Harrington, director of the next Premieres: London Rare Book Fairwhich revolves around the theme of forbidden books.
The fair, which features more than 120 exhibitors and runs from September 15-18 at London’s Saatchi Gallery, encompasses a wide range of censored titles spanning history and geography. It will include books banned for obscenity, blasphemy and security reasons, including the discoveries of Copernicus and an edition of “Dr Zhivago” secretly released by the CIA undermine the Soviet Union during the Cold War.

The event commemorates the 100th anniversary of James Joyce’s epic ‘Ulysses’, which was banned in the US and UK upon its initial release; a first autographed edition of the “Satanic Verses” will also be presented.

A common theme of book bans throughout history is that censorship tends to backfire and make its targets more popular, Harrington said citing the case of ‘Spycatcher,’ an autobiography by a former officer. from MI5 which became a bestseller after it was banned in 1987.

“The more you suppress, the more people fight it,” he added.

The fair’s collection of censored works includes a number of titles, including those below, which are considered classics in some jurisdictions and bootleg in others.

Nabokov’s story about a pedophile’s infatuation with a young girl fell foul of censorship in the UK, so French publisher Maurice Girodias – a champion of banned works specializing in erotica – took it to court. published the first copies. English novelist Graham Greene campaigned for the novel’s release in Europe, arguing that “Lolita” was a metaphor for the corruption of the old world (Europe) by the new (the United States). Bans in several countries were overturned by the time Stanley Kubrick’s film adaptation was released in 1962, and the book became a hit. But it remains at the top of the list of the most banned and contested texts in American schools and libraries, according to the American Library Association.

American and British publishers dismissed Orwell’s satire on the dangers of Stalin’s repression during World War II, when they feared the news would undermine their alliance with the Soviet Union against Hitler, but then rushed to embrace it when the Soviets became the enemy in the Cold War. . “Animal Farm” was banned in the Eastern Bloc until the fall of the USSR, then the UAE banned it for its depiction of pigs as the main characters, which some considered to be at odds with the Islamic values.

“I’m not sure it would be published today,” said Tom Ayling of Jonkers Rare Books, which sells limited editions of Miller’s semi-autobiographical novel about the life of a struggling writer in Paris. The prevalence of violent sex scenes and misogynistic language would be a tough sell for modern audiences, he argued. Only Obelisk Press, a medium best known for distributing pornography, would publish “Tropic of Cancer” in 1934. US Customs banned the book the same year, but it circulated on the black market until the Supreme Court declared it non-obscene in 1964. Turkey banned the novel as recently as 1986.

Lawrence’s agent informed the author that his risque tale could not be published in the UK, due both to its sexually explicit content and its depiction of then-taboo relationships between members of different social classes. The author eventually secured a limited print run in English through an Italian publisher. ‘Lady Chatterley’s Lover’ was not published in the UK until 1960, where it was the subject of a landmark obscenity trial by publisher Penguin Books against the state. Penguin won, and on the first day the novel became available, 200,000 copies were sold. The book was later banned in China in 1987 on the grounds that it would “corrupt the minds of young people and is also contrary to Chinese tradition”, although it is unclear whether the ban is still enforced.

American magazine The Little Review originally serialized Joyce’s magnum opus, but the work’s sexual passages—particularly a masturbation scene—resulted in an obscenity lawsuit, and the series was discontinued. The UK also banned “Ulysses”, but Joyce found a publisher in Paris to print the work in its entirety for the first time in 1922; the book quickly became a hit on the black market even as copies were seized and burned by the US Postal Service and at British ports. But in 1933, an American judge ruled that the book was not obscene, and it began to circulate widely. “Ulysses” has since become one of the masterpieces of modernist literature. In defiance of Iranian censors, the book was recently translated into Persian for illegal distribution in the country.

Written in the Bastille during the French Revolution, the author was cut short when the prison was stormed by insurgents and never finished the story. But “120 Days” remains one of the most notorious works of literature, featuring depraved fetishes, bloody orgies, torture and pedophilia. The book was first published in Germany in 1904, then banned throughout Europe for much of the 20th century. A 1975 film adaptation by Pier Paolo Pasolini was also banned in several countries. South Korea has banned the book twice this century, and now it can only be sold there in a sealed plastic cover to adults 19 or older.

Everyone hails the revival of romance, thanks to TikTok