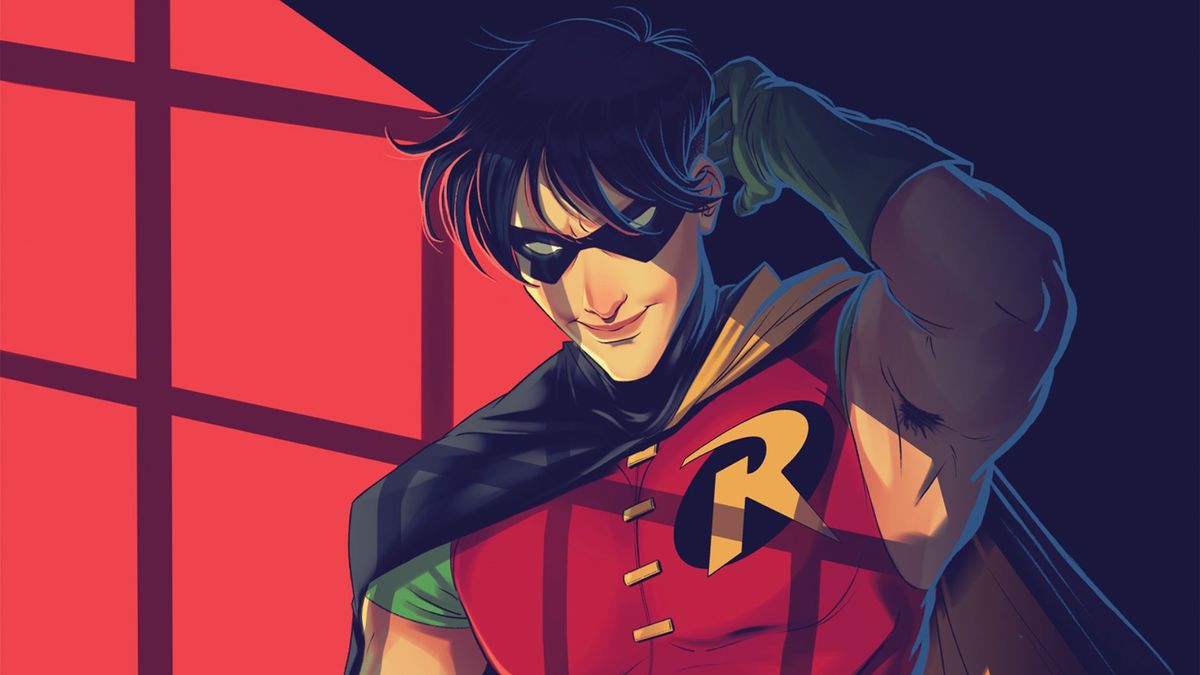 Behind every great superhero is a great sidekick. Since Dick Grayson’s archetypical first sidekick, the first Robin, was introduced in 1940, teenage heroes working alongside adult mentors have been a staple of the superhero genre.

Speaking of Robin, the third Robin, Tim Drake, is set to get his own solo title again. And Damian Wayne, the current Robin, goes to war against his own father Batman in a story aptly titled Batman Vs. Robin.

And that’s not all. Batman/Superman: World’s Finest is set to introduce Boy Thunder, a secret Superman sidekick from Man of Steel’s past.

As sidekicks make the news, now we’re looking at the best superhero sidekicks of all time.

Oh Jimmy. Still second fiddle to Clark Kent and Lois Lane, but still trying to find a way to escape on your own. This classic character rose to fame with the unique and specific title of Superman’s “buddy”, making him a sidekick, if not generally as active as some of the other characters on this list.

With his red hair, camera, and signature bow tie, Olsen is the Daily Planet’s longtime reporter and photographer, often seen early on in tow of Lois or Clark chasing their own stories. Over time, Olsen embarked on his own adventures – though Superman was usually within earshot thanks to Olsen’s Signal Watch.

Although he was not featured as part of the Daily Planet team when Superman first appeared, he made his official debut as a character on a Superman radio series and was soon incorporated into the growing pantheon of DC characters. Although he doesn’t wear a suit or have superpowers like most of the sidekicks on our list, Jimmy Olsen is still a sidekick with a skill set that can make him useful in unconventional ways.

The comics are home to a number of alien superheroes, but none quite like this entrant. Lockheed is one of the bravest fighters of his race, taking on the Brood and becoming a legend to his people. But it wasn’t until he joined the X-Men that he found his true place. Not bad for a little purple dragon.

Lockheed was introduced in the early ’80s as part of Chris Claremont’s epic run on Uncanny X-Men, allying himself with Kitty Pryde while they were both imprisoned on an alien planet by the Brood. Since then, he’s almost always stood by Shadowcat, whether she’s a member of the X-Men, New Mutants, Excalibur, or on her own.

Lockheed had a few brief solo adventures with UNIT and the Pet Avengers, but his place will likely always be alongside Kitty Pryde – and he wouldn’t want it any other way.

Being a sidekick can be a temporary position, while others work in a helper role for decades. For Marvel’s Rick Jones, it’s a juggling act between each of his various mentors.

Created as the Hulk’s straight sidekick in 1962’s The Incredible Hulk #1, this orphan ventured into the gamma bomb that gave Bruce Banner his powers and found himself a new friend. After getting fed up with the accidents that always seem to happen when you share a room with a green-skinned goliath, Rick Jones tried to start his own ham radio superteam called Teen Brigade and lucked into a show. radio from Loki that leads him to call friends – who would form the Avengers at the end of the story.

Over the years, Jones has rubbed shoulders with Marvel characters including Hulk, the Avengers, Captain America, two different Captain Marvels, and even Rom: Spaceknight. For a short time, he himself was able to become a gamma-powered monster named A-Bomb, although he no longer had this ability. His body was later possessed by another Gamma villain named Del Frye, though he has since been separated in his human form.

Usually a sidekick is just one person, but sometimes you need more than that.

Founded by Jack Kirby and Joe Simon in 1942, the Newsboy Legion was a group of orphans living in the darkest corners of Metropolis. Although they were never model citizens, they befriended cop-turned-superhero The Guardian.

Over the next few years, they were killed, cloned, and even pitted against an Apokolips-related orphanage. Though they haven’t carried their own title or even maintained a regular comic book presence since their debut over 70 years ago, the Newsboy Legion are a memorable group of sidekicks any hero would have. lucky to have.

Deadpool has always been known as a bit of a loose cannon, so the idea of ​​him having a sidekick might seem weird – but not when you meet Bob.

Bob was a low-level member of the criminal organization HYDRA, falling into the group after his wife bullied him in an attempt to get a steady paycheck. Plugging in, Bob’s life changed when he crossed paths with Deadpool as the latter was infiltrating HYDRA on one of his typically goofy missions. Using highly skilled coercion (read: torture) tactics, Deadpool turned Bob to his side and that’s where he’s been ever since – as much as Deadpool will let him.

Sometimes referred to as Deadpool’s servant or pet, Bob suffered multiple gunshots, a case of scurvy, and more torture alongside Deadpool. Above all else, the one act that lands him on our list today was his outspoken determination to save Deadpool’s decapitated head after a confrontation with Wolverine and put him back together.

It’s times like these that you know who your friends are, and surely Bob must be a friend of Deadpool. Although Marvel Studios owns Hydra and not Fox, Bob appeared in Deadpool (opens in a new tab) – just like a generic henchman.

The youngest participant in our countdown, Mark Millar and John Romita Jr.’s Hit-Girl made an impression on fans when she debuted in the miniseries Kick-Ass in 2008. (opens in a new tab).

This 10 1/2 year old street vigilante didn’t see her age or gender as a barrier to becoming the best superhero she or her dad, Big Daddy, could ask for. Trained from childhood, by the time we see her in the comics, she is what main character Kick-Ass describes as a combination of Rambo and Polly Pocket.

Unlike most sidekicks, she’s the most front and center of her team, with Big Daddy taking a more passive approach when on missions – and has even starred in her own miniseries published by Marvel’s Icon imprint, and has had two film appearances played by Chloe Grace Moretz.

Wally West wasn’t the first superhero sidekick, but in many ways he might be the most successful, the platonic ideal of what a sidekick can accomplish.

Like some of his compatriots – including Dick Grayson, Donna Troy and Roy Harper – Wally grew up to be an adult hero. Unlike those other characters, he actually took on the role of his mentor’s identity (in this case, the Flash) for a long time and, in many ways, even surpassed Barry Allen as the Scarlet Speedster.

But before he even became an adult hero, Wally starred as Kid Flash, a young speedster who exemplified the exuberance and heroism of teenage sidekicks.

His origins were a bit messy — he got his powers in a freak accident while Barry Allen showed him how he had his own speed — but he quickly became a fan favorite, anchoring the Teen Titans for years and becoming the one of the first of his generation of heroes to rise in the big leagues.

How do you go from being a hackneyed character from a bygone era to being one of the most popular characters in modern comics? This is the story of Bucky Barnes, who for the past ten years has defied all expectations after his unlikely return from death.

For nearly 50 years, Bucky Barnes was a non-entity in comics mentioned only in minor flashbacks and in jokes about Cap’s plucky sidekick, considered along with Uncle Ben to be one of the only comic book characters who would stay dead forever. .

That all changed in 2004 when Ed Brubaker and Steve Epting reintroduced the childish sidekick as a clandestine agent for Russia dubbed the Winter Soldier in Captain America #1. Barnes went from ally to foe and back again during the early arcs, eventually reuniting with Captain America and hastily taking over as Cap himself when Rogers was shot and believed dead after Civil War. .

For most heroes, the ideal sidekick is one who could one day take over and take over the role of their mentor. While Bucky wasn’t the first or the last to follow this career trajectory, of all the people on this list, he was the one who did it best – serving as Captain America from 2007 to 2011 and making a significant contingent of fans reluctant to see the original Captain America return.

Although in the current comics she isn’t anyone’s sidekick, she was featured – and will always be remembered – for her hyper hijinks alongside the villainous Joker.

Originally introduced in a 1992 episode of Batman: The Animated Series as a relatively minor addition to the DC Animated Universe, it has become an iconic part of the battling corner of the comic book world and the beyond with frequent guest appearances, a popular solo series with multiple spinoffs, a place among the ongoing leads in Suicide Squad, and significant roles to play in bat books and even titles like Injustice.

Whether it’s her playful demeanor, distinct accent, or flippant penchant for crime, Harley Quinn has stolen more than one fan’s heart over the years and landed the No. 2 spot on this list. And in 2022, she celebrates her 30th birthday in the DC universe.

Whichever character fills the role, the superhero known as Robin is the definitive sidekick of the comics, and arguably the world.

Created in April 1940 by Bob Kane and Bill Finger as a former and small ally of the Dark Knight, Robin became a hero and a mantle that was shared by an elite group of characters.

As noted, several heroes have taken up the mantle of Robin, from the original Dick Grayson to the current Robin.s, Tim Drake and Damian Wayne. While some have lasted longer in the mantle than others, Robin’s name and legacy has had more than enough big names such as Dick Grayson, Tim and Damian to make him the superhero sidekick. number one of all time.